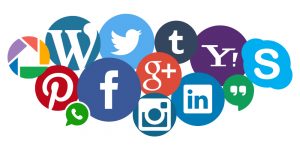 The secret is out; there are over 3.03 billion active social media users, and 81% of all small and medium businesses use some kind of social platform. Most of you are familiar with sites such as Facebook with 168,760,000 users and LinkedIn with over 500 million users. The other sites included in the top ten, such as Twitter, Pinterest, and Snapchat all have millions of users.

Social media is here to stay. No time like the present to jump in!

Everyone is touting the importance of having a social media presence for your small business and I, for one, totally agree. My recommendation is to study the top 10 sites, determine which one has the most users that represent your target market, and then select one or two and establish a presence.

With millions of users it is easy to get lost without spending time and money to “get found”. Unfortunately, at the early stages of their existence, many small business owners do not have the time or money to establish a strong presence. Thus, your initial foray into social media may not produce the results you hoped for. Don’t give up, but consider alternative social media sites.

There are a lot of social media sites that specialize in specific business areas. While these sites have much smaller numbers, the users are drawn to that particular site because of the user profile. Small business owners that have taken the time to research and join alternate social and networking sites that are specific to their businesses have received a much better response.

Many new start-ups such as Meet-up and Alignable have provided an easier contact and networking format. (I am a member of both these sites along with several others.)