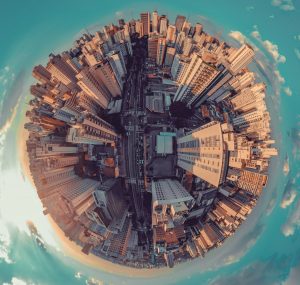 “Those that are courageous enough to think that they can change the world are the ones that do so.”

Each and every one of our BizQuack members accepted a challenge to change the world. If you are following the directions for setting your vision, you found out that there were no limits such as time or money.

I attended a meeting this evening that the words of Steve Jobs fit the 20 people in attendance. The leader wants to start a worldwide movement. As of now it’s only a vision; he shared his vision with each of us on an individual basis, and by the enthusiasm at this group meeting, each of us bought into it with both our hearts and our minds.

Allow me to set the stage: as of this point we have no money and just began the process of creating a legal entity. In the next two weeks there will be a board of directors, an advisory committee and 5 working committees. The leader is from Africa, just 6 months in the United States. His English is understandable unless he gets excited and then speed and enthusiasm take over, and we give him a gentle reminder to slow downJ.

Because he has a VISION, a very strong WHY, coupled with a deep belief and joyful enthusiasm, he has gathered a strong following from corporate executives to every day workers.

There was a lot of synergy in the room. It was, in my opinion, created by having 20 of us excited about the future potential. Never did anyone say it could not be done. The challenge presented was how to get it done. The entire discussion was very positive and many ideas were presented.

I believe that within the next six months the participants in this movement will number between 400 & 500 members and that enough funds will be raised to make this vision a reality.

Yes, I volunteered to help create a structure for this group and the new board of directors will meet with me next Monday to begin the process of developing the BizQuack Vision Based Business Plan.

This meeting confirmed my belief that anything and everything is possible if you want it to be. Any one of our members has the potential to accomplish their vision.

Be excited, be joyful, know your WHY, know what the end result will be when you are successful and then share your story with everyone you meet and ask for support. Surround yourself with people that have the same mindset.