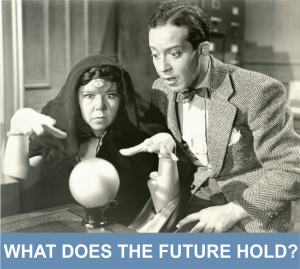 These last few weeks I have been getting articles written by prominent finance people warning about a possible recession in 2020. The housing market was again named a possible “bubble.” It’s true, the overall real estate market has slowed down and interest rates are rising. The amount of decline is not significant at this time.

The stock market has been bouncing, but it seems to always climb after a fall. The worldwide economic tension also is playing a “mind game” with the market.

I shared this story in a previous blog, perhaps several years ago, but I feel it’s worth repeating;

The story is about a street vendor who sold hot dogs. He did well enough to keep a roof over his family’s head, and also was able to put his son through college. His son, now a graduate in finance came and told his dad that a recession was coming and that he should cut down on his hot dog purchases. The dad thought that he better listen to his educated son and so he cut down on his daily hot dog purchases. Within a few weeks he noticed that he was not making as many sales and decided to once again cut down on his hot dog purchase and to work only three days instead of five. At the end of another month he noticed that his sales were the lowest since he started 20 years ago.

With the decline in business he told his son that the recession had arrived and he was closing his hot dog stand and going on welfare.

The moral to this blog is that you should not believe everything you hear and to continue growing your business. Is it possible to have another economic downturn? The answer is yes, but you don’t have to volunteer to participate in it.

If others are willing to believe in the “doom and gloom” and shut their businesses, that only leaves you with a larger share of the market.

Positioning yourself financially is another thing that I have stressed. Cash is and always will be king. Learn to deprive yourself of instant gratification and make sure you have at least a six month cash reserve for both your family and your business.

During the last several downturns I have seen some great growth among small business owners. Those who believed in themselves and worked harder achieved unbelievable results.

March to your own tune, to the music in your head and heart. That’s where and when great business owners thrive.

« IS YOUR BUSINESS BORING?
DOING THE UNEXPECTED »